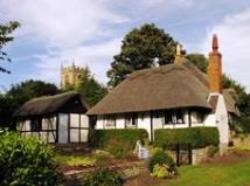 Welford-on-Avon Neighbourhood Plan has now been "made"

Stratford-on-Avon District Council resolved that the Welford-on-Avon Neighbourhood Development Plan was 'made' on 11 December 2017. It is now formally part of the District Council's development plan and will be used to assist in making decisions on planning applications within the plan area.

On Thursday 12 October 2017, voters in Welford-on-Avon chose to say 'yes' to the Neighbourhood Plan.

The Welford-on-Avon Neighbourhood Plan was independently examined during October and November of 2015. Following the examiner's report of 4th December 2015 (see ‘Specified Documents' below), we re-issued the screening report with an addendum statement in February 2016. The Examiner confirmed that the amended screening report was compatible with EU obligations and compliant with the basic conditions. The Cabinet voted on 31 July 2017 to proceed to referendum with the Plan, as amended by the modifications that are set out in the decision statement below.

We put forward a number of changes to the modifications that were suggested by the independent examiner in her report on the Welford-on-Avon Neighbourhood Development Plan (see below). In accordance with neighbourhood planning regulations, our proposed amendments to the recommended modifications were consulted on for a 6 week period. The proposed changes are summarised in the documents below:

The consultation closed on Wednesday 26 April 2017.

Following completion of the formal submission consultation on the draft neighbourhood development plan, the plan - together with the associated consultation documents, schedule of responses and list of evidence base documents - was sent to an independent examiner on 5 November 2015.

In accordance with Regulation 16 of the Neighbourhood Planning (General) Regulations 2012 (as amended), we held a consultation on the policies proposed in the Submission version of the Plan. The consultation started on 10 September 2015 and closed on 23 October 2015.

The Pre-Submission Draft of the Welford-on-Avon Neighbourhood Plan was published for a six week period of consultation between 10 December 2014 and 31 January 2015 in accordance with Regulation 14 of the Neighbourhood Planning (General) Regulations 2012 (as amended).

The Welford-on-Avon Neighbourhood Plan Area was designated by our Cabinet on 17 June 2013. Welford-on-Avon Parish Council was the relevant body that applied to the District Council for designation. The area application documents can be found below:

This page can be accessed quickly using the short link www.stratford.gov.uk/welfordnp