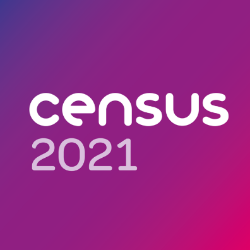 The results from the latest Census which took place in March 2021 are starting to come in from the Office for National Statistics and are revealing just how the District has changed over the last ten years. There are some interesting results, including how the District's overall population has grown 11.8% up to 134,700. Use the links below to find out more about the changes to the District's population over the past decade.

Information about our District

Find out some of the key results about our District in the 2021 Census by reading this summary briefing note.

For a quick glance at some of the changes, take a look at this Infographic showing overall population change, age group, country of birth and household composition.

Age of our population

A quarter of our population was aged 65 years or more. Just over 3% were aged 85 years or older.

We also had fewer children in our District than average, with only 15% population aged under 16 years.

You can see the how the population breaks down by age band in this population pyramid chart.

There were a total of 59,461 properties in the District according to the 2021 Census. Over a third of these were detached houses.

Almost four in ten properties were owned outright, while a further third were owned via a mortgage/loan/shared ownership.

Over a third of properties had 3 bedrooms, and just under a third had 4 or more.

Over 500 homes in the District did not have any central heating.

Over a third of properties had 2 or more cars/vans in the household.

See this summary of housing data for further information.