It's estimated that around 7.7 billion plastic water bottles are bought across the UK each year, resulting in substantial amounts of single-use plastic waste ending up in our oceans.

City to Sea, a not-for-profit organisation headed by campaigner Natalie Fee, launched the award-winning Refill Campaign in 2015. It's estimated that the scheme, now being rolled out nationwide with support from Water UK and local water companies, will cut plastic bottle use by tens of millions each year, as well as substantially increasing the availability of high-quality drinking water.

Local Champion Angela Lloyd, Stratford-on-Avon District Council's Streetscene Lead Contracts Officer, who is launching Refill Stratford-on-Avon District, explains why both businesses and their customers should get involved: "Here in Stratford-upon-Avon we're rightly proud of the area's stunning landscapes and countryside. Plastics, including single-use plastic bottles, are now the most frequently found type of litter on UK beaches and you don't have to look far to find them littering our towns and green spaces too.

"Refill Stratford-on-Avon District gives us all the opportunity to help make this type of litter a thing of the past at the same time as saving money. It's good business sense as well, as customers view businesses that provide free water refills more favourably and are more likely to return to them to make future purchases.

"We are working with StratForward, who will be encouraging businesses in the town to sign up and we'll be promoting the scheme to the wider district as well."

Cllr Ian Shenton, Operations Portfolio at Stratford-on-Avon District Council says: "Every time we refill a re-useable bottle instead of buying and throwing away a single-use bottle we not only reduce the amount of plastic and fuel being used, we save a bit of money and help clean up our towns and open spaces too. We're so excited to see the launch of Refill Stratford-on-Avon District so look out for the stickers or check the app to find out where you can refill for free. We have started by signing up our offices as a Refill station." 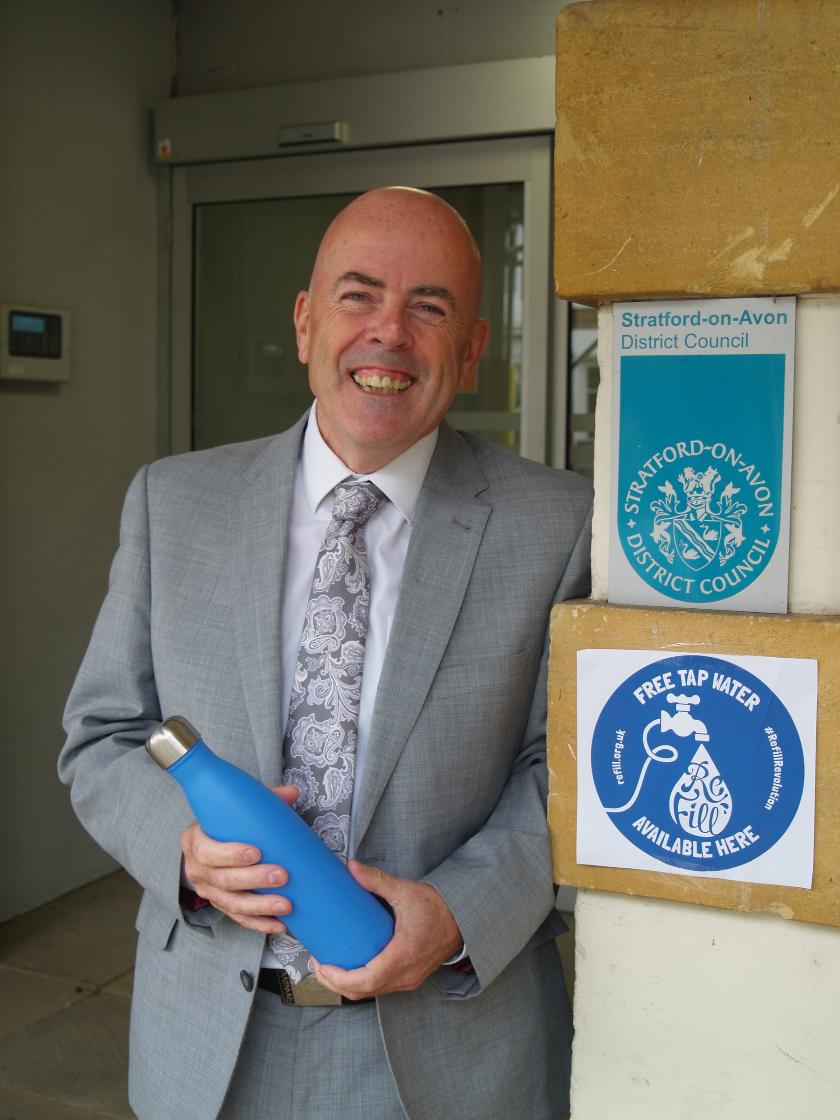 Refill Stratford-on-Avon District builds on the success of Refill around the UK, which now boasts a network of over 22,000 Refill Stations.

James Watt, Refill Regional Coordinator, says: "We know lots of businesses already offer this simple service, but find customers often feel embarrassed or cheeky for asking. By letting people know they can look for Refill stickers or posters and be confident they can refill for free where they find one, Refill Stratford-on-Avon District is encouraging more people to take one small step away from relying on single use plastic bottles. It's a really simple concept with a really big potential result."

Natalie Fee, founder of City to Sea, the organisation which is the driving force behind Refill said: "We've seen a huge appetite for our Refill campaign across the UK. Refill puts the power to stop plastic pollution in people's hands - it's a fantastically easy way to reduce your plastic consumption and save money at the same time. Businesses can add themselves to the app too and help create the wave of change needed to keep plastic bottles out of our oceans!"

Find out more about Refill Stratford-on-Avon District and how you can take part @RefillStratford.

Visit the Refill website at www.refill.org.uk to download the free Refill app and find out more about the Refill movement.