We use cookies to enhance user experience. We'd also like to use google analytics cookies to improve our site. You can read more about our cookies before you choose.
This article is 5 years old

Stratford-on-Avon District Council Chairman, Councillor George Atkinson, has been presented with a copy of the Gideon Bible by Keith Harrison, Branch Chaplain of the South Warwickshire and Redditch Gideons. The presentation took place at Elizabeth House in Councillor Atkinson's Office.

Many people will have encountered the Gideon Bible through hotel stays as the book is a common feature of hotel rooms across the world. The practice of distributing Gideon Bibles in this way has a long and interesting history.

The idea of disseminating Bibles in hotel rooms was first discussed by the Gideons in 1903, however it was not until 1908- five years later - that the practice was formally adopted by them at a national convention. It was originally agreed that placing Bibles in hotel rooms was a way for Gideons to be an 'extended arm' of the church and so they agreed to distribute them throughout the United States [1].

They can now be found in hotel rooms outside the USA and have become so common that many now regard them as part of the furniture. As well as this, the Gideons now also produce copies for organisations such as Guides, Boys Brigade, Armed Forces, Sports Clubs and Football Clubs and other organisations with a personalised identity. These particular versions are personalised with the group's crest or emblem.

Councillor George Atkinson said: "It was hard not to feel the hand of history of my shoulder as I received the Gideon Bible, given the fascinating history associated with the book.   It has become such a regular feature of hotel rooms these days that I'm surprised when I find a hotel room without one." 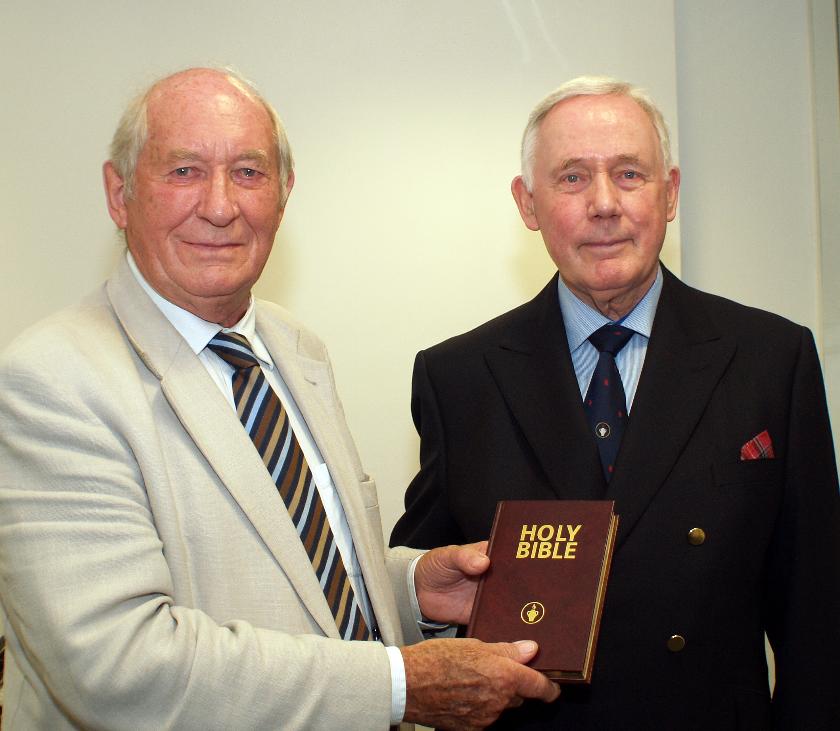