Builders and construction workers in Stratford District have seen an 'unreal' increase in demand as householders have invested their money into improving their homes during the pandemic.

Planning applications received by Stratford District Council for household improvements have reached a five-year high, which has resulted in a huge amount of work for local construction workers.

Many have been able to grow their firms thanks to the surge in demand, and some have even had to turn down work because they have been unable to fit it in.

It is thought the rise is down to householders having saved money during the pandemic by not going on holiday or nights out and wanting to spend it on make their homes better.

And householders have been reassured by local construction firms following COVID-safety regulations, such as mask-wearing, social distancing and regular use of hand sanitisers.

Marcus Barnett, who has run Bluehousebuilders for the past nine years, has never seen his company so busy. 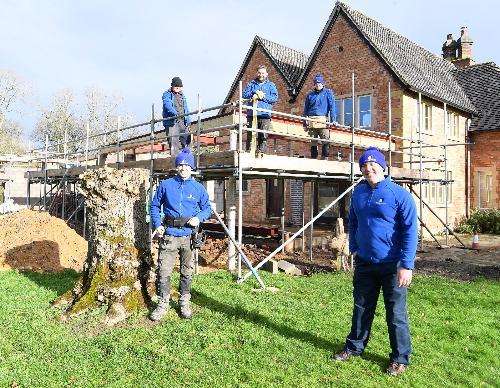 He said: "I now have five men on my books, with 16 sub-contractors I'm regularly in touch with for jobs.

"It's the most people I've ever employed in my time running Bluehousebuilders, and it's all down to the boost in demand for things like with improvements such as new extensions and knocking through walls.

"One of my newer guys was made redundant from his previous job as a sound engineer after the pandemic meant he was unable to work. He's been with me for almost a year now and his carpentry has hugely improved in that time.

"When the whole country went into lockdown in March 2020, I feared for my livelihood. Since that lockdown was lifted, it's just been unreal.

"It's been hard work - the price of materials has gone right up and there are sometimes issues with supplies - but I never thought it would be this busy."

Wayne said: "Before COVID-19, we used to get a spike in demand in the new year because people wanted a fresh start, and in September when homeowners had a chance to think about improvements due to the summer holidays.

"Now, that level of demand is constant. I've never had so much work - I'm actually having to turn some of it down because I just cannot fit it in.

"I'm mainly designing for new developments or extensions to existing homes, and it's showing no signs of slowing down just yet.

"The three-month lockdown last year was a shock to everyone, but to come out of it and have the work I've got now was a surprise to say the least." 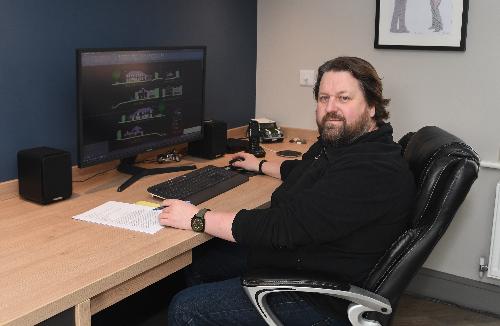 Both Stratford District Council's planning department and Building Control have been working incredibly hard to process householders' applications and assess sites quickly so the extra work can take place.

Cllr Anne Parry, Portfolio Holder for Regulatory at Stratford District Council, said: "This surge in planning applications was perhaps an unexpected, yet positive side-effect of the pandemic here in Stratford District.

"With so many people staying at home and not spending money on things like holidays and weekends away, we think more residents have decided to put their money into home improvements.

"It's important we process these applications quickly so people like Marcus and Wayne can get the work, grow their businesses and slowly help Stratford District recover."

The council's Building Control department, which conducts inspections of sites throughout a building project to ensure rules are being followed, has streamlined its working practices to cope with the rise in applications.

And Cllr Christopher Kettle, Portfolio Holder for Community at Stratford District Council, added: "The growth in householder applications has been a welcome surprise in what has been a challenging year for all.

"Having invested in improving the Council's remote working capabilities, there has been no limitation on our planning team availability and access to planning applications and paperwork and this has meant the team, even though working remotely, has continued to process applications on a timely basis.

"The rise in applications is fantastic for the local construction industry, and we're doing everything in our power to make our decisions quickly and efficiently to help these projects move through the planning process without delay."