The two community shops in Stratford District provided a much-needed lifeline to their communities when COVID-19 hit - and now nine months on they're asking for one of their own.

A national lockdown back in March triggered a significant upturn in sales at Ilmington Community Shop and The Poppin in Long Marston. The number of people offering to help out the volunteer-run convenience stores also increased.

While both enjoyed a much need boost to their finances, as life slowly starts to return to normal, they have urged their communities to continue shopping local as much as possible.

The Poppin - which will celebrate its 20th anniversary next year - was the first community shop in Warwickshire and one of the first in the country when it opened its doors back in 2001. 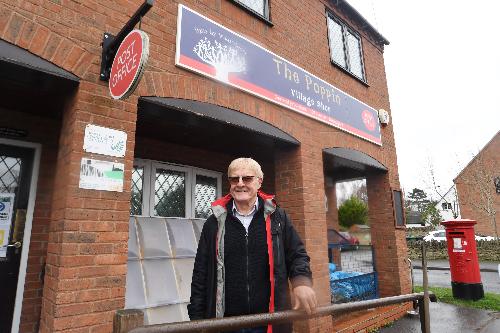 When their commercially-run convenience store closed, 180 villagers - then almost the entire population - set about raising the money to get a community venture off the ground, starting with each buying a £10 stake. It has no paid members of staff, with a core team of 20 volunteers who man the shop and a seven-strong committee to manage its affairs.

Bill Tempest, vice-chairman and treasurer of the committee, said: "There's been good and bad to come out of the pandemic for us, but overwhelmingly it's proven that it's so important that our village has a shop. We went two years without before The Poppin opened and it was a ghost village.

"It's so much more: it's a place to meet and a place to chat, to share local information, it's a community hub. Everything passes through here!

"We face ongoing competition from the supermarkets' click and collect, and delivery services, but hope those new customers we've seen this year will continue to spend a few pounds with us each week. It's proven that having a shop and a pub adds 10%-20% on to house prices - at the moment we have both, and we want to keep them!"

The residents of Ilmington also bought into their community shop when the idea was first mooted back in 2013, two years after its commercially-run predecessor closed.

Some 400 residents - around half of the population -are 'members' of the co-operative that runs the shop and café. Between them they pledged an eye-watering £226,000, which added to a £135,000 grant from the Social Investment Business Foundation, allowed them to buy the village's old Catholic Church.

The shop opened in 2015 and a café followed a year later. Manager, Michele Hall, who lives in Ilmington, is the only paid member of staff with 120 volunteers covering 60 shifts every week, although recruitment is ongoing. 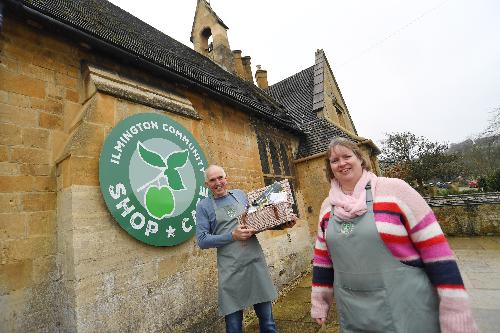 This is a truly local shop, with fruit and vegetables from a supplier in neighbouring Ebrington and bread from Lower Clopton Farm. It even sells cider and gin produced in a tiny distillery in the heart of the village, and during the pandemic, a local seamstress has been making face coverings to sell.

Michele said: "Throughout the height of the first lockdown we were selling more than double the usual number of items every week, that was a considerable and welcome increase. Due to the demographic of the village our footfall was actually down because quite a few of our regulars were having to shield. That's when we started deliveries, which was not something we'd done before, but we felt that it was necessary as a community shop.

"We were also getting people coming in for the first time and they were amazed we had such a big range. Our sales are up on last year as a result and that has helped to put some money in the coffers, which is useful for maintenance costs.

"We knew that some would go back to how they shopped before, and they did, but others have said they have changed their habits and will buy from us as much as possible from now on.

"The pandemic has changed our way of life and I think everyone in the village can now really appreciate having a shop on their doorstep, and we hope that's not just in the short-term. We need people to spend a few pounds a week here and then go to the supermarkets for what we don't have, that way we will continue to thrive."

Ilmington Community Shop and Café, and The Poppin in Long Marston were each given £10,000 from the Government's Small Business Grant Fund (SGBF), which is administered locally by Stratford-on-Avon District to help small business owners meet their operating costs.