We use cookies to enhance user experience. We'd also like to use google analytics cookies to improve our site. You can read more about our cookies before you choose.
This article is 2 years old

A museum celebrating the fascinating Roman history of Alcester has officially opened its doors once again. 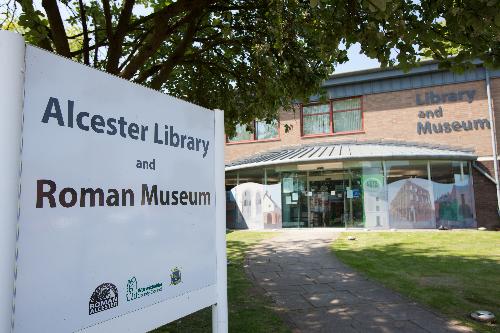 The Roman Alcester Museum was forced to close in March when the coronavirus pandemic hit.

Now, the Priory Road-based museum is welcoming members of the public back on Tuesdays and Saturday afternoons.

Social distancing measures have been put into place to make sure that visitors are safe and secure.

Gill Forman, the Mayor of Alcester said: "We are absolutely thrilled that the museum has opened once again as it celebrates such a huge part of Alcester's history.

"Of course, there are social distancing measures that have been put into place and we would ask all visitors to follow them for everyone's safety."

Dr Susan Juned, Chair of the Alcester Roman Heritage Trust, added: "We have missed our visitors and are looking forward to welcoming them back to see the wealth of beautiful and fascinating artefacts that we have that show the Roman history of this historic town."

Free to enter, the exhibition interprets and displays objects from Alcester's Roman past, providing an information and learning resource on the Roman period. Donations and the education programme help to keep it going.

Alcester is one of the most investigated Roman small towns in the country, with more than 100 archaeological digs in the last 80 years.

The museum was opened back in 2004 as a small band of local people believed that the many treasures unearthed in Alcester over the last hundred years should be on display in the town where they were found.

To this day, it is still run by a very enthusiastic band of volunteers who take pride in their town's heritage and work hard to make it relevant to all groups in the community.

The museum is a fully accredited independent museum that works with Warwickshire County Council to display artefacts found in and around Alcester. Alcester Roman Heritage Trust supply the volunteers who staff and care for the museum and provides the educational programmes.

For further information about the Roman Alcester Museum visit www.romanalcester.org