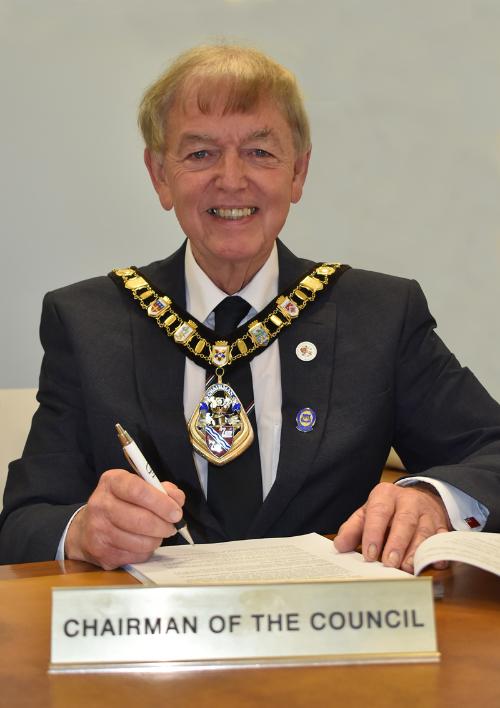 On Wednesday 11 May 2022, Stratford-on-Avon District Council held its Annual Council Meeting where Councillor Edward Fitter handed over the chain of office to Councillor Mark Cargill.

During his term of office (May 2021 - May 2022) Councillor Edward Fitter (Quinton) nominated LifeSpace and Heart of England Forest as his Chairman's charities, and they will receive a donation of over £2,500.

Cllr Cargill (Alcester and Rural) has chosen to highlight the invaluable work of Dementia support organisations within the District.  His other charity is the RNLI, following on from his time as an officer in the Merchant Navy.

Cllr Cargill said of his appointment: "I hope that this coming year will see us all returning to normal with people getting together as they did pre-pandemic.

"It is difficult to overstate the importance of community events where we can all work together and support each other.

"I look forward to attending as many such events as I can within the District and the Queen's Platinum Jubilee celebrations are an excellent start."