The public consultation on the plans to create a South Warwickshire Council starts this week on Monday 6 September and runs until Sunday 24 October.

The consultation document and online questionnaire can be viewed and completed at: www.southwarwickshire.org.uk

The new football season is just weeks away and the Chairman of Stratford-on-Avon District Council, Councillor Edward Fitter, visited Stratford Town FC for their pre-season friendly vs Yeovil Town. 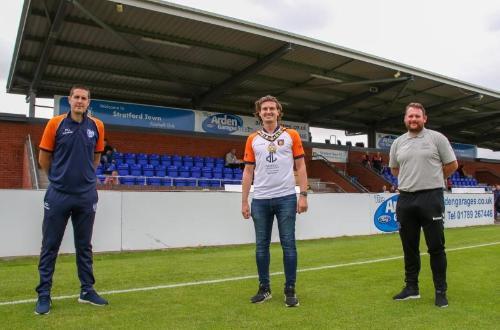 Stratford Town FC are competing in the Southern Football Premier League Division and have come close to promotion in recent seasons. The football league structure means they are only 6 levels below the likes of Manchester City and Liverpool in the Premier League.

Stratford Town FC operates a number of teams for men, women, boys and girls and is home to the Stratford Town Football Academy, a programme that combines football and education for young people.

Councillor Edward Fitter said: "As a big football fan, it was great to meet with club Chairman Jed McCrory, manager Paul Davis and the players. The fixture against the professional side Yeovil Town was the most competitive friendly I have ever seen. There are some real talented players at Stratford Town FC and they evenly matched Yeovil. I think Stratford Town are looking good and I am backing them to get promoted this season."

Club Chairman Jed McCrory said: "We are a community based football club and I am proud to support our Academy which gives an education to pupils who struggle in the traditional setting. Giving young people the opportunity to learn and gain qualifications whilst playing football is really important to me. We are an ambitious club and Cllr Edward Fitter is right to think we can be promoted."