Stratford-on-Avon District Councillors took part in a litter pick on the first day of the Great British September Clean which runs from 11th to 27th September. 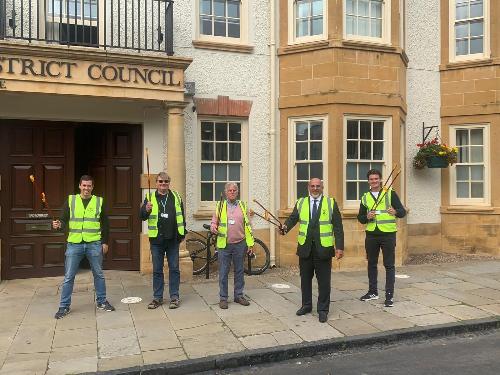 Councillor Peter Richards said: "I fully support the Great British September Clean which is promoted by Keep Britain Tidy. It was great to make a visible difference in Stratford by litter picking."

Nadhim Zahawi MP added: "Litter is a blight on our towns and spoils our enjoyment of them, costing councils like SDC hundreds of thousands of pounds each year to clear. Schemes like the Great British September Clean are a great way to draw attention to the issue and ultimately keep towns like Stratford clean."