Julie Lewis has been appointed in the new role of Head of Community and Operational Services at Stratford-on-Avon District Council. 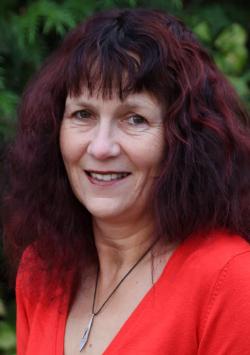 Julie starts her role today, Monday 18 May, following her appointment at the meeting of the Employment and Appointment Committee in February.

Julie joins the District Council from Daventry District Council (DDC) where she held the role of Deputy Executive Director in the Business Team. She became well known at Daventry for implementing a radical change in the design of the waste service to the '1-2-3 +' collection service, the success of which was such that DDC had the largest percentage decrease in household waste collected per head in 2018/19 with a reduction of 12.7%. Subsequently Julie has advised numerous councils about the scheme and spoken at various conferences being regarded as a waste 'expert'.

Prior to leaving Daventry Julie had been instrumental in the purchase of a sports centre from Moulton College, sport and leisure being her original speciality, for development into a community use leisure centre, although unfortunately one week after opening, the centre was closed due to the COVID-19 outbreak!

Julie Lewis says: "I am really excited to join such a forward thinking and dynamic council, albeit in very unusual and even more challenging than usual circumstances."

Cllr Tony Jefferson, Leader of Stratford-on-Avon District Council says: "I am delighted to welcome Julie to the SDC family. She joins us at a very unique and strange time, but will be a welcome and strong addition to the leadership team. There will be enough challenges for her to get her teeth in to."

Julie studied at both Warwick and Loughborough Universities before starting her local government career at Gateshead leisure Centre. Her career spans over 30 years and includes extensive senior management experience in both environmental and leisure services in the public and private sector. As well as Gateshead MBC, she has worked for Leicester City Council, North Tyneside, the Active Sports Partnership of Leicestershire, and for the past 8 years Daventry District Council.

Julie, originally from Enderby in Leicestershire has lived in Warwickshire for the last 14 years, in Stretton under Fosse. She spends most of her spare time at the side of a river, supporting her son, Ryan, now 24, in the unusual sport of Wild Water Racing. Julie has been team manager of the GB WWR team on several occasions at both world and European championships in places such as Banja Luka and Macedonia and was due to go with the team later this year to Solkan. Once a very competitive squash player Julie now stays fit by cycling and walking her beloved Border Collie.